An image from a long time ago. November 1992, to be precise.

An image from near the start of my photography career and one that continually crops up over the years. In fact so much about the taking of this image makes you realise how photography has changed since then. 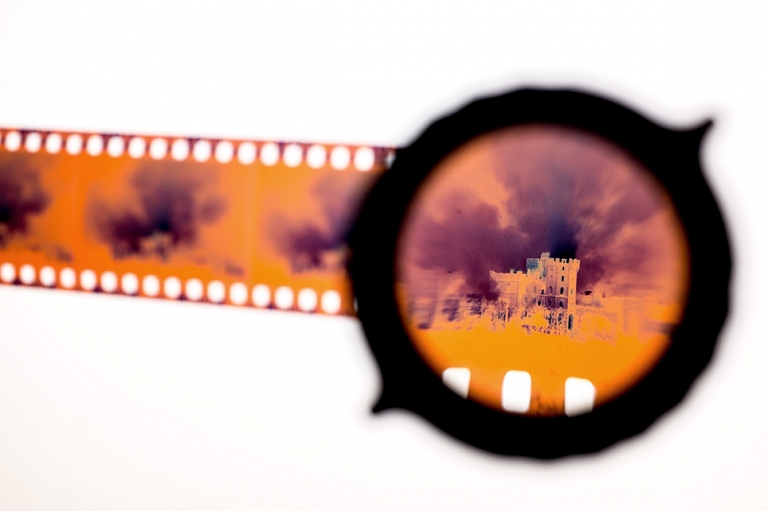 Some changes are obvious, as you can see in the opening image here. The negative seen through an old faithful, the Schneider Kreuznach 4X Lupe. An image shot on 35mm, colour negative film. I don’t remember the settings, none of that useful exif data that you get with digital cameras now. I do know that it was using Fuji HG1600 iso film. 1600 was seen as pretty fast back then, for colour at least. The camera? Probably a Canon EOS1 or Nikon F4S? I was using both at the time, on something like an 80-200 zoom. No clean 6400iso files as you get now. No lcd histogram checking that you’d exposed it correctly to get all the smoke and flames in the night sky. No filling up a 64GB sd card with 1400 images. I think I quickly shot 5 rolls of film. Landscapes, uprights, zoomed in (you could see the trails of sparks flying out of the castle towers), zoomed out, bigger picture views, as with this frame. Five rolls and then a race back in the car to the newspaper offices in Wapping, to make the front page. 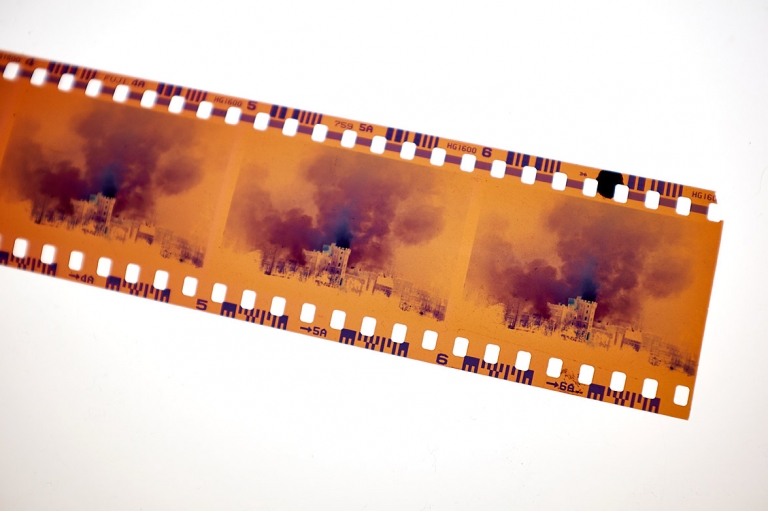 As I mentioned, this was early in my career. I’d been working as a photographer, at The Times, for just over a year. Fresh out of college. I had a couple of set days of work there a week and for the rest I relied upon a phone call from the picture desk, unless I had any picture ideas myself. In those first few years I grabbed as many shifts as I could. Sometimes I worked several weeks straight and didn’t take a holiday for three years. Every spare penny went on building up my photographic kit. I started with one camera and three old lenses.

On this day I wasn’t working though. It was a Friday and I got a call very early evening from the night picture editor asking if I was free to go and take a look to see if the fire was still burning at the castle? This was not the era of constant facebook updates, twitter frenzies, instagram hashtags. The media was still quite old fashioned in terms of technology. Only Sky news provided 24 hour coverage in the UK I believe. All we see as normal now – the internet, 24hour news coverage, smartphones, social media immediacy – had yet to come.

Getting to the fire, on a Friday evening from my place in Battersea was a nightmare. I even used the local knowledge from my mother, who had a uncle who had once lived nearby, to help me navigate the small back roads. No sat nav then. 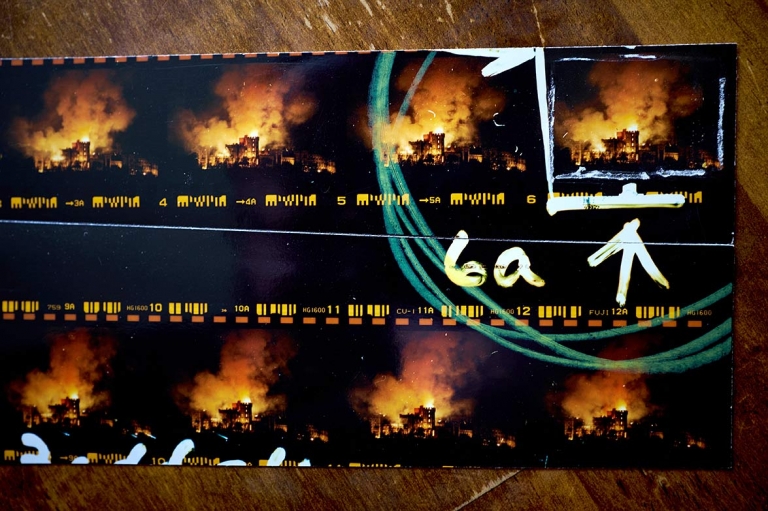 I think these images were shot from a bridge near Datchet, on a very wonky, dodgy cheap tripod. I then raced back to Wapping with the film. Prints were made up with the negatives immediately. I did see negatives being printed when still not dry once with B&W film, with a midnight news story I shot. Wet negs in the enlarger, print, run upstairs to the back desk and the photo got in the final edition. We beat all the other publications with that shot. For this one, it made the front page – big – I even got a double shift payment for it. £200!!* I bought a better tripod. It’s the only cover I have ever framed. Another bonus was I managed to get back to Battersea and meet up with my housemates in our local pub for a pint before closing. Result! 😉 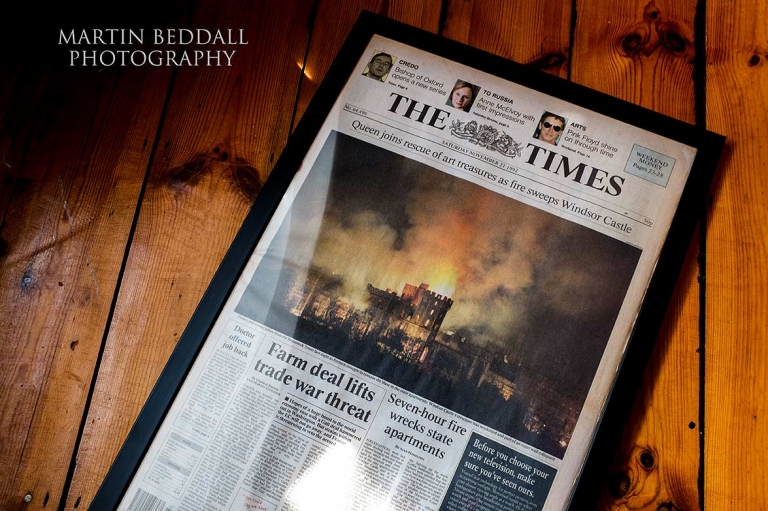 In the past few weeks it’s an image that has been reprinted in The Sunday Times newspaper, to illustrate an article about The Queen. I also had a request recently for it’s use from a sci-fi author, for the front cover of his latest book. Over the years, about half a dozen TV production companies have asked to use it. Only one offered to pay though……. It’s had several sales on Alamy over the years but then stock sales are very different now compared to 1992. But that’s another story, the one about the race to the bottom. #thanksGetty

Still for a Friday I was doing nothing, I got paid, saw a famous event of that annus horriblis year of 1992, got a big front cover image in a major newspaper and still got back for a pint or two! 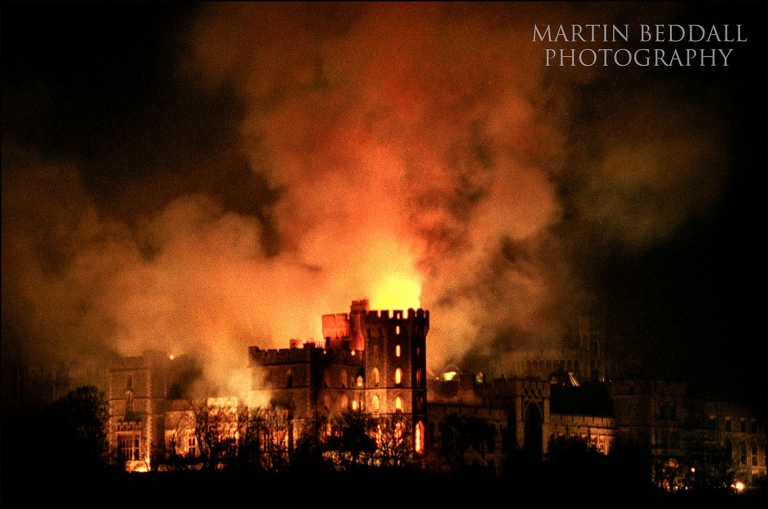 * A shift rate at The Times was £99.50 when I started. That would be for a full day, with any number of assignments.