Was he Britain’s oldest employee?

I missed this in the news a few weeks ago, but Buster Martin died back in the middle of last month. He had his moment of fame when it was claimed he was Britain’s oldest employee at 100 years of age working part time cleaning the fleet of vans for the publicity savvy Pimlico Plumbers and for having fought off an attempted mugging, I photographed him back in 2007 for  VW magazine – as the firm used Volkswagen vehicles in their fleet. Part of the brief was to photograph the eccentric ‘centenarian’. My idea for a shot was to show him ‘at work’ in a portrait. So with a profoto light off to the right and myself armed with a Canon 1DS MKII and a 16-35mm lens in the cab of one of the vans, I had Buster stand on a box and ‘wash’ the windscreen. This was a portrait not reportage so I just wanted him to wipe and then look into the lens. Unfortunately Buster seemed so dedicated to his work he would proceed to actually wash the windscreen for real, rather than pose. It took several complete washes of the glass for him to comprehend what I wanted. 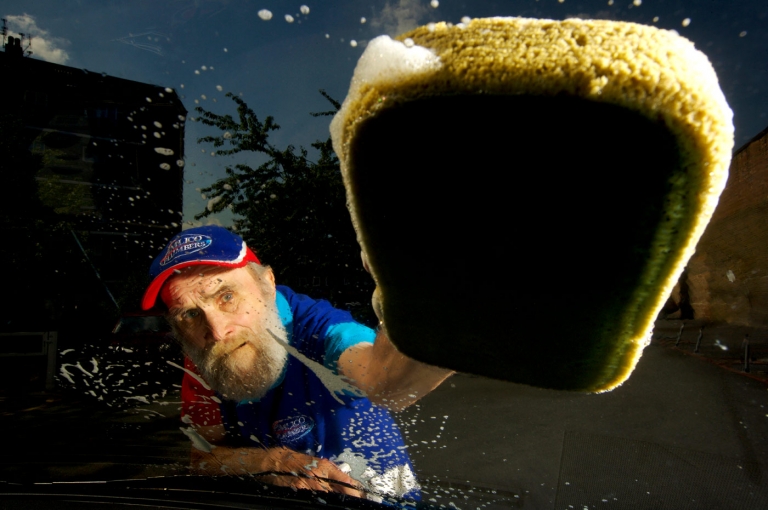 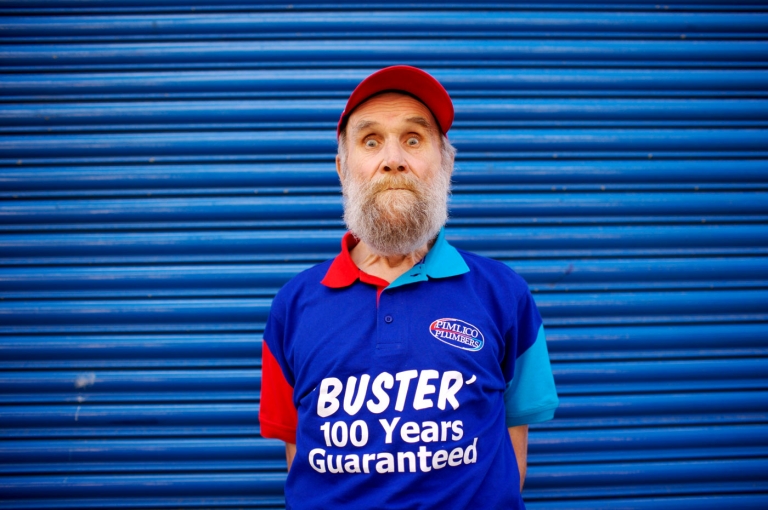 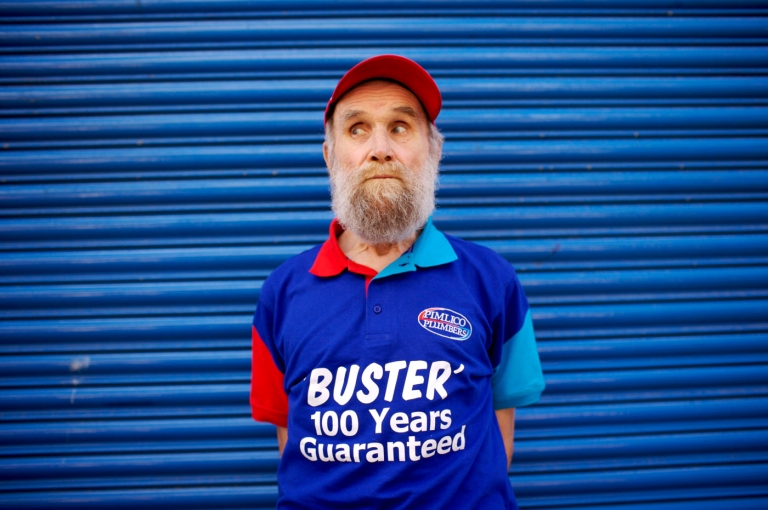 When Buster entered the London marathon the following year, in 2008, stories began to appear that questioned his actual age and whether he was not really in his mid 90’s rather than 100. The Guinness Book of Records would not validate his title as  the ‘oldest’ person to participate in a Marathon race, as birth records were vague. But still for 95+ he was ‘doing well’. To a photographer a character like Buster with his look, his attitude and willingness ( with a few grumbles ) to be photographed is rare, may he RIP.

« Brief shoot on a staircaseRestoration Project »