Taking a country down with him?

As the World watches Col Gaddafi declare war upon his own people, with western and arab politcians seemingly impotent as to how to react, I found these images from a visit to the country I made in 2006. This was in the museum at Leptis Magna – an archaeological world treasure – where a giant cutout of the Libyan leader dominated over the Roman relics and statues. Hopefully events will lead to a new beginning for the people of Libya, and this poster will be torn down at the start of a new peaceful future for the country. My thoughts are with some of the good people I met over there, and no less for the old guy who came running over to me near Green Square in Tripoli. Amidst his welcomes to his country, when he found that I was English, he enthused about his love for Newcastle Brown Ale! 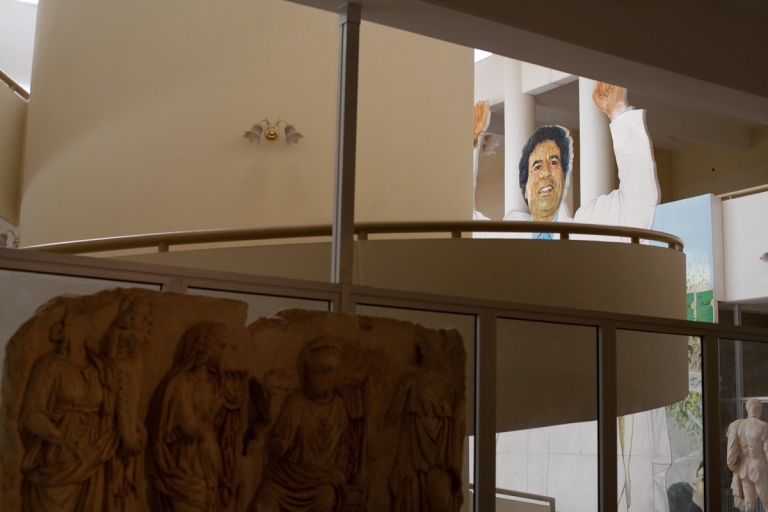 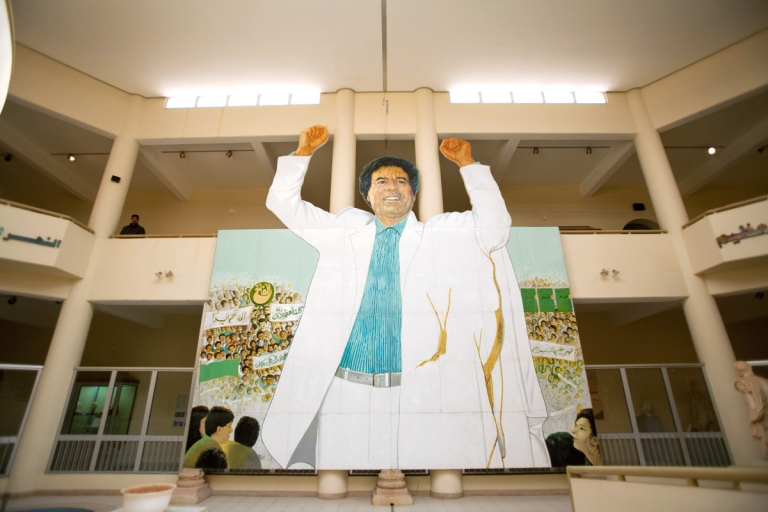 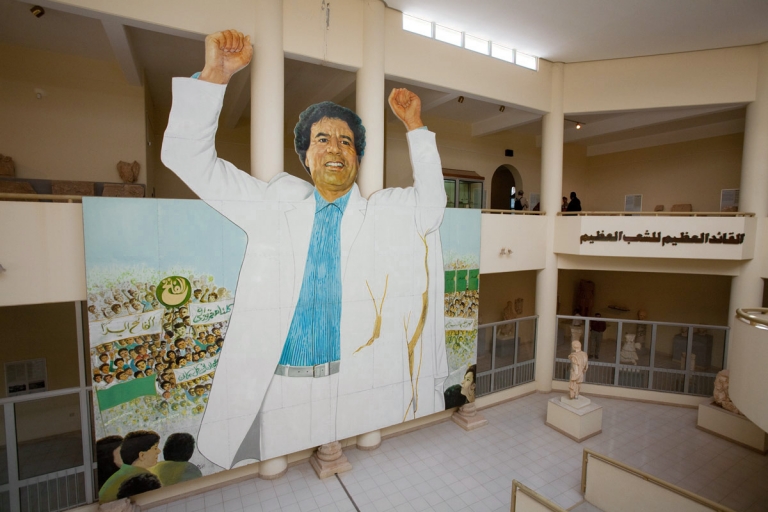 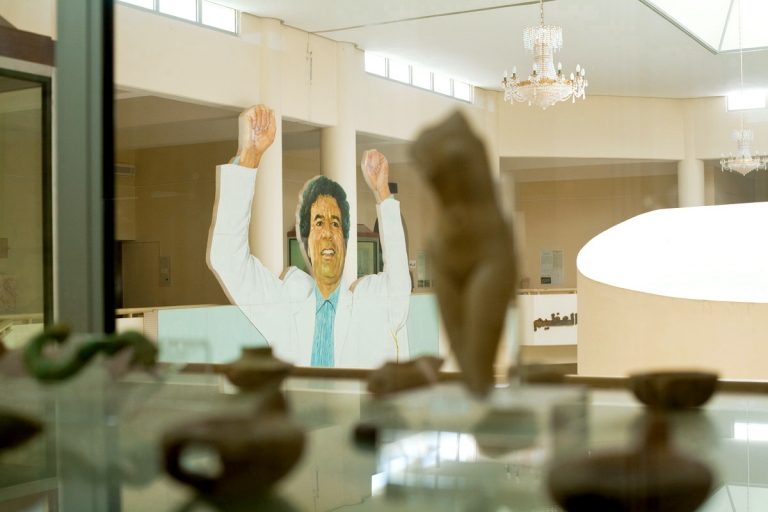