Stone cleaning. For the past few weeks I have been documenting the different stages of the stone cleaning on a facade of an old Livery Hall near London Bridge for a corporate client. The technique involves no scaffolding, excessive noise or showering passing pedestrians with water and dirt. Working from a lightweight vacuum cabin suspended by a boom, the masonry is cleaned by projecting very fine powders with low-pressure compressed air. No chemicals, water or detergent. The gentle rubbing action of the fine powder and compressed air quickly removes decades of dirt and pollution.The cabin then captures the bulk of the powder cloud with a water spray and down to a containment area at ground level via hoses. This cabin contains the spray, the dust, the dirt and the water – but does make it visually a bit dull…

So apart from some images shot through the Hall windows, it was important to get images near the roof. The question was when? We were waiting upon the weather and permits from TFL.

Sure enough the work began on the weekend when I was in Derbyshire. Cutting short my part in a family holiday and after a sleepless night in an old coaching inn ( some odd noises but that could have been the kids! ) I raced back to London on an early train. Work was delayed though that day. Abandoning that, I returned the next day in time for the statue cleaning at the very top of the facade. 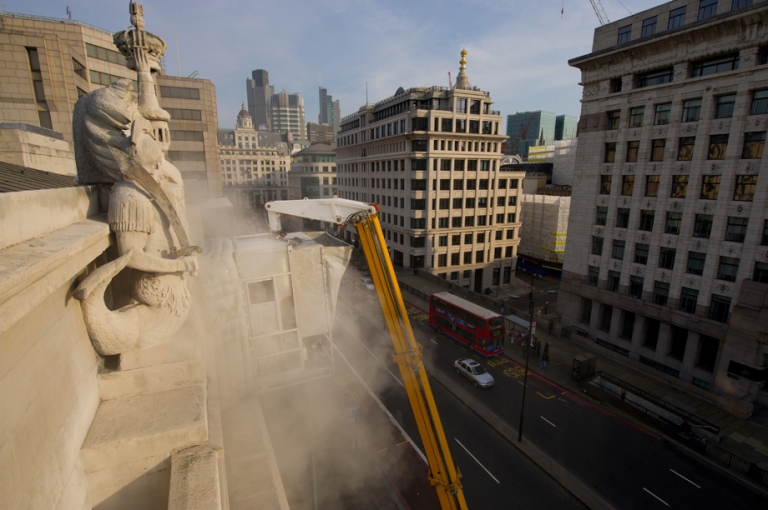 Shooting on a Nikon D3s with the amazing 14-24mm lens standing at the edge of the roof, the light was great but I left it a minute too long…If you look at the last image you can see a small cloud of the powder and dirt building up as the spray hits the back of the statue. A nanosecond later my lens, my camera and myself were engulfed by a large blast. I had been warned that the powder was so fine it could penetrate a lens – however so far the camera and lens seem to have shrugged off the assault, a few blasts of kenair and back in action. 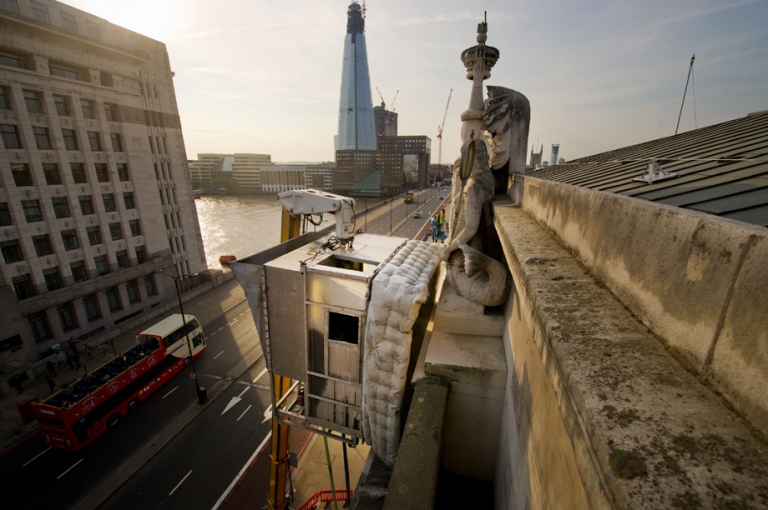 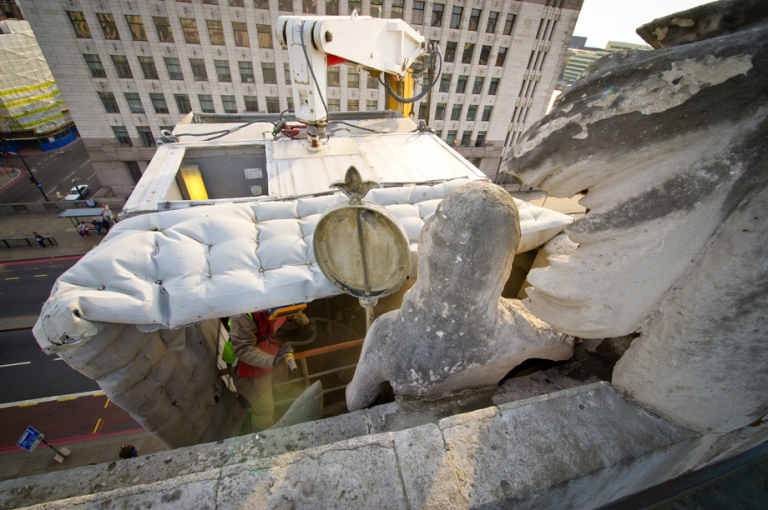 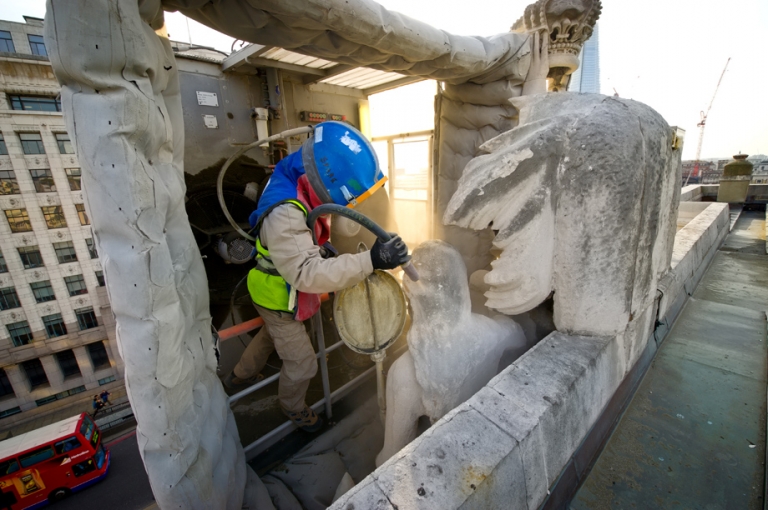 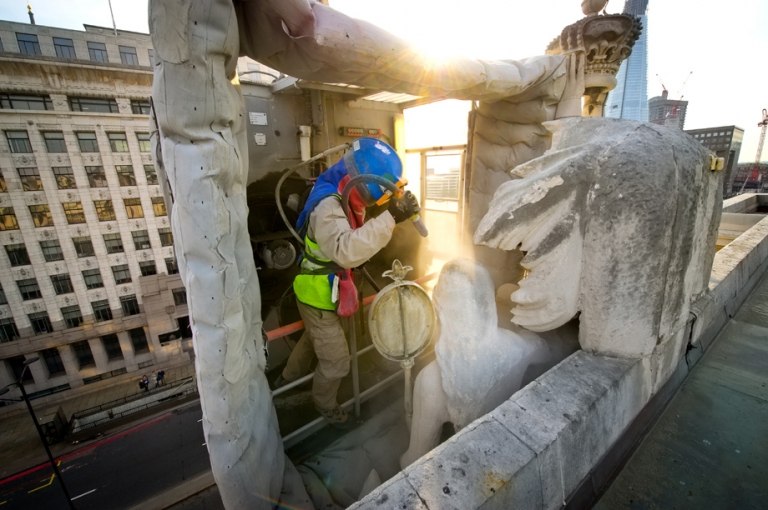 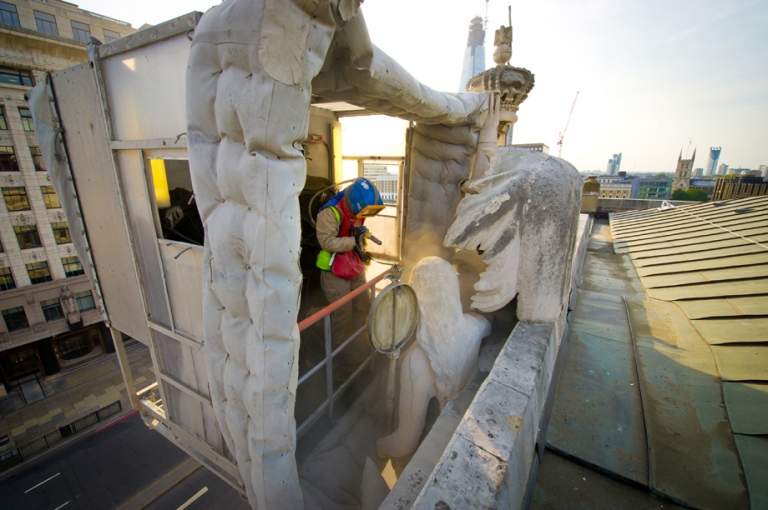 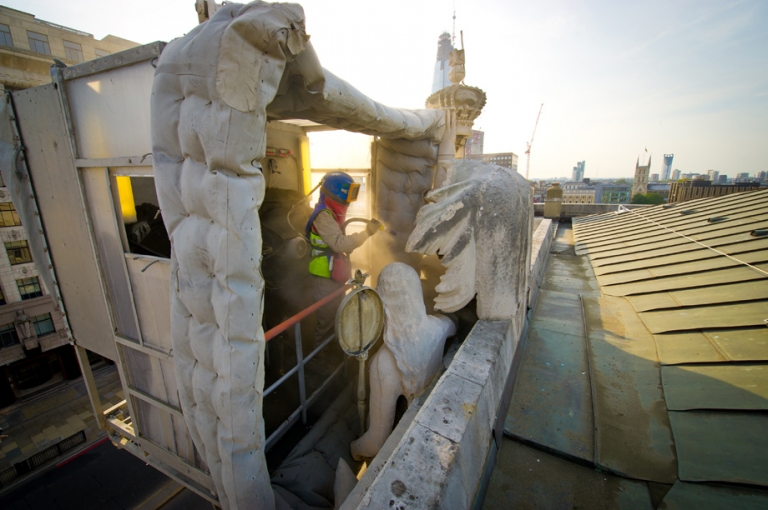 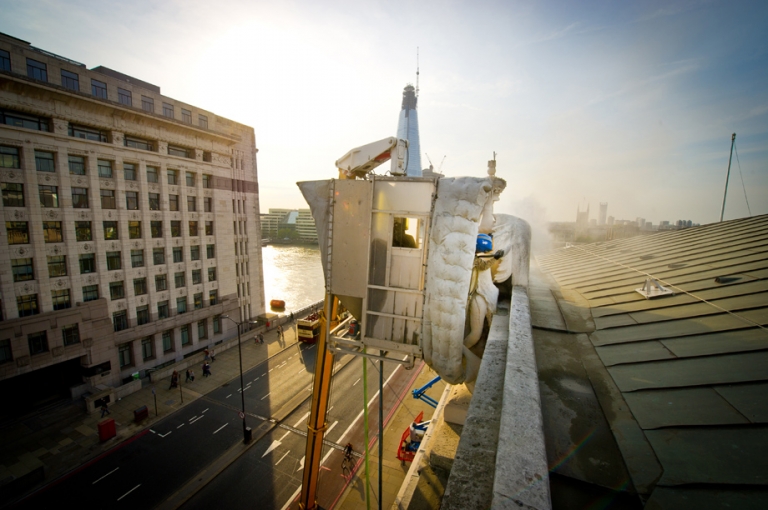 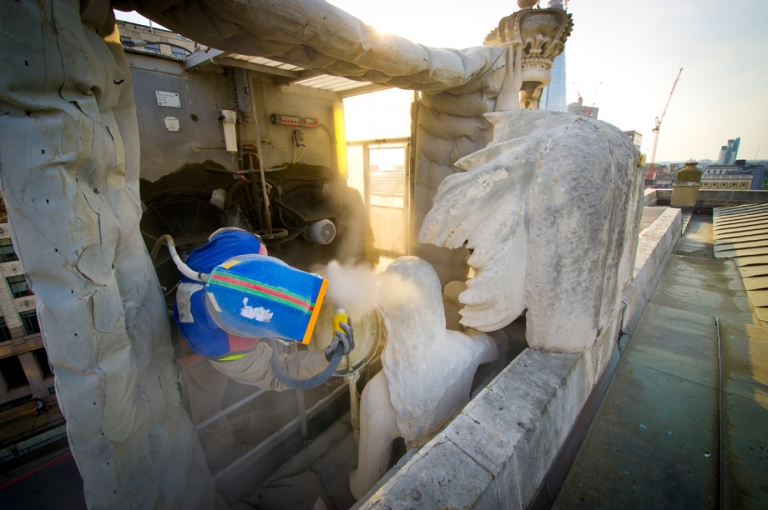 « Two Lawyers and a flagPortrait of a runner »