I finally caught up with the film ‘Mr Nice’ on dvd at the weekend. Based upon the book of the same name by Howard Marks ( aka Mr Nice ) and his life as a teacher, drug smuggler and even spy (?), it was one of those films that had cast the perfect actor to play the lead – the enigmatic Rhys Ifans – but the film as a whole failed to quite deliver, despite the strong cast. Anyhow, I’m no film critic. But it did remind me of the time in the late 1990s, that I photographed Mr Nice himself. Not so much for the photoshoot itself – it was very brief, in a Bristol street., but rather how sometimes not every one is a team player.

Sent by The Times to Bristol to photograph Howard Marks, I was to meet up with the writer who would be interviewing him first – a writer famous for having read the television news previously. All seemed as usual, meet at hotel and await subject. Ordinarily, the interview would take place first and then the photoshoot – so scout locations while they were talking. Key to remember was to get the subject away from the writer as many would have a habit of hanging on and ‘continuing’ their chat as you tried to take the photos. One prominent feature writer at the paper always seemed to do this but this one took the lack of respect shown by a few writers to photographers, a step further.

Having found some locations, I went back to the hotel to find the interview still in full progress – always the lion’s share of the allocated time. Quietly sitting a few tables back, I sat and watched, to observe the subject and give me clues as to how to capture his image ( I’ll not say soul!). Suddenly, the interviewer stopped talking, turned around, and told me to get lost. Nothing like working as a team! Some time later the subject was brought over, whereupon this ‘writer’ marched up to the hotel reception and ordered a cab for Mr Nice in ‘five minutes’  – we’re only snappers doing snaps of course! She used to read the ITN News  – all ego.

So, five minutes..down the road, in an archway, shot on a Mamiya 6MF  (a medium format rangefinder camera) on Fuji Neopan 120 film in available light. It was quick and it was published. Mr Nice was ..well..nice and pretty funny. He had found the ‘writer’s’ attitude amusing and thankfully I have never had to work with that particular scribe again. Here’s the pic… 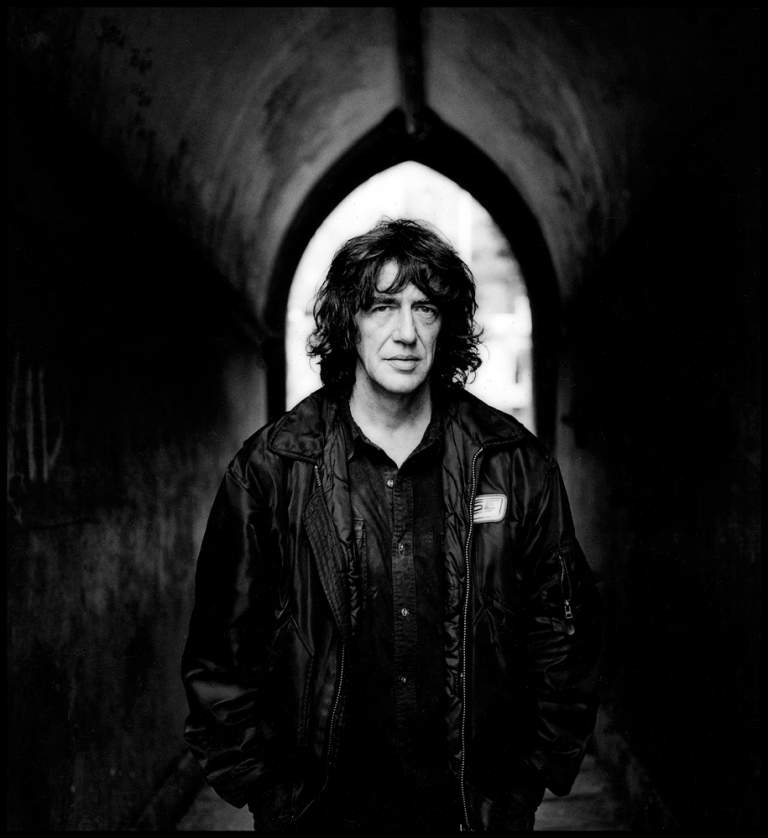