A quick shoot a couple of weeks ago for The Independent newspaper of Harlequins lock, George Robson. One of those newspaper ten minute portrait shoots ( nine minutes actually according to the camera exif ) after a Harlequins squad training session at Surrey Sports Park in Guildford, Surrey. Setting up as George had his interview with Chris Hewett, thankfully the heavy cloud and drizzle I had driven through to Guildford had lifted. In fact there had been a fantastic, dramatic cloud just behind where you see George standing now as I set up the light. By the time his interview was finished, the clouds had left but it was a chance to use the sunlight.

The first image was the one published, and printed quite big, albeit with a squarer crop. A great, no fuss, helpful subject. 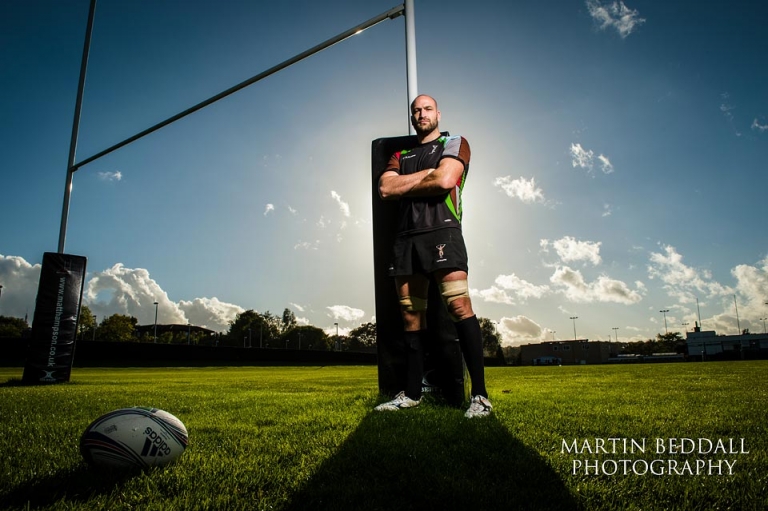 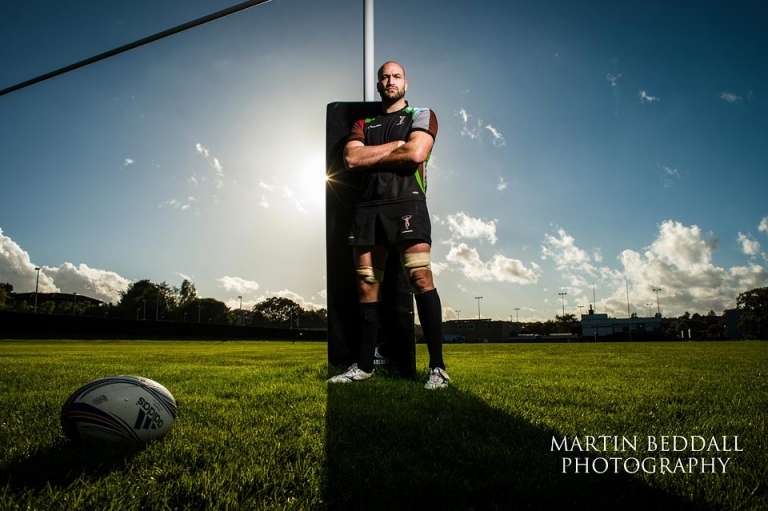 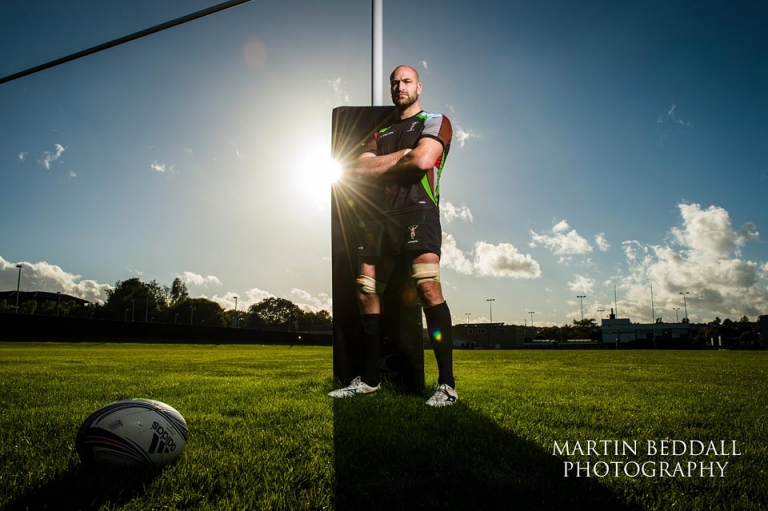 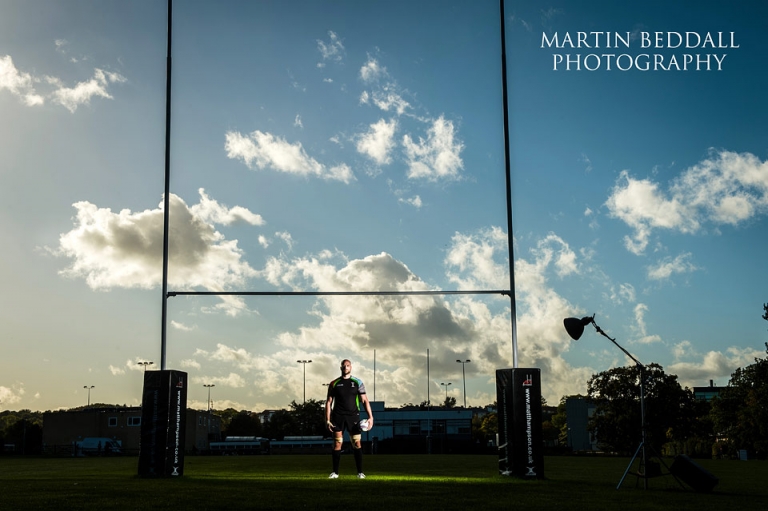 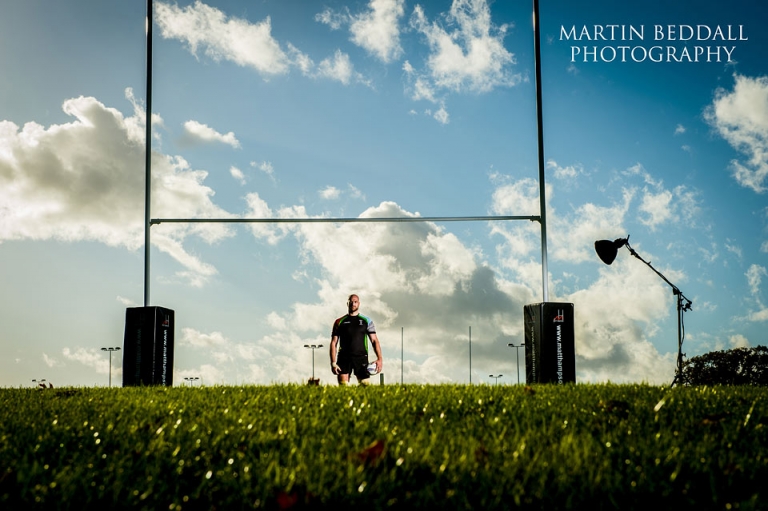 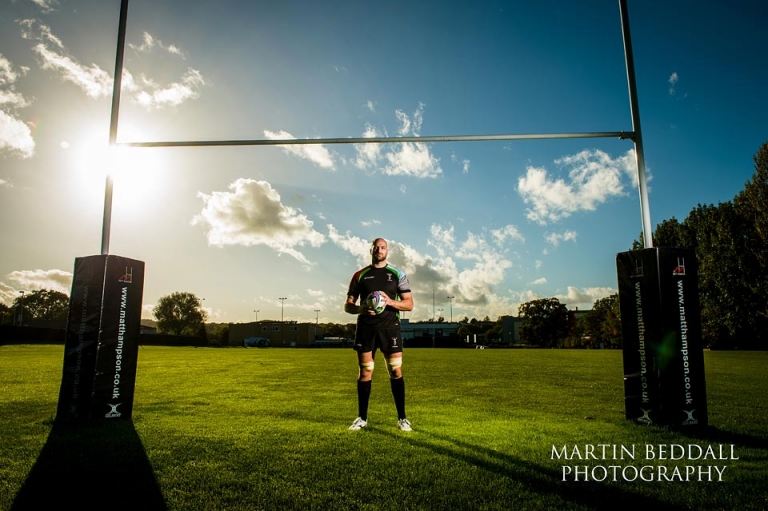 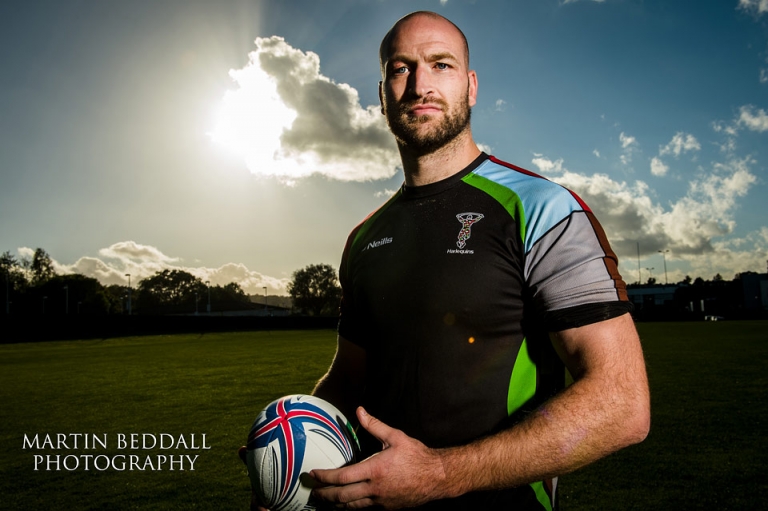 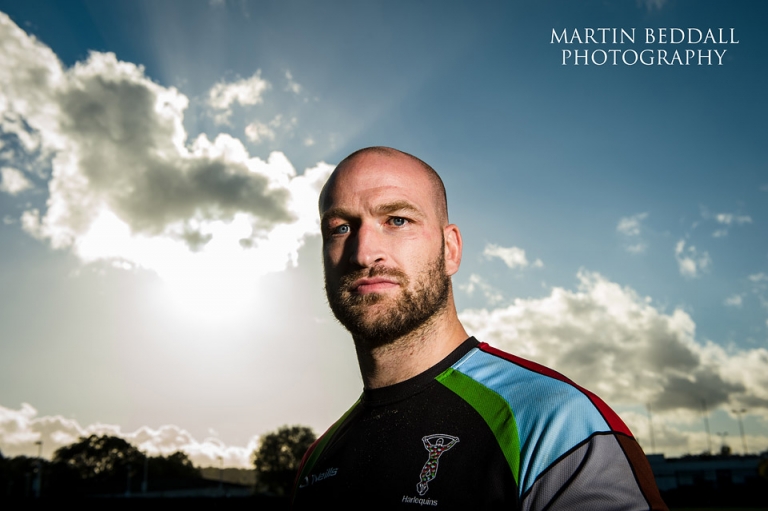 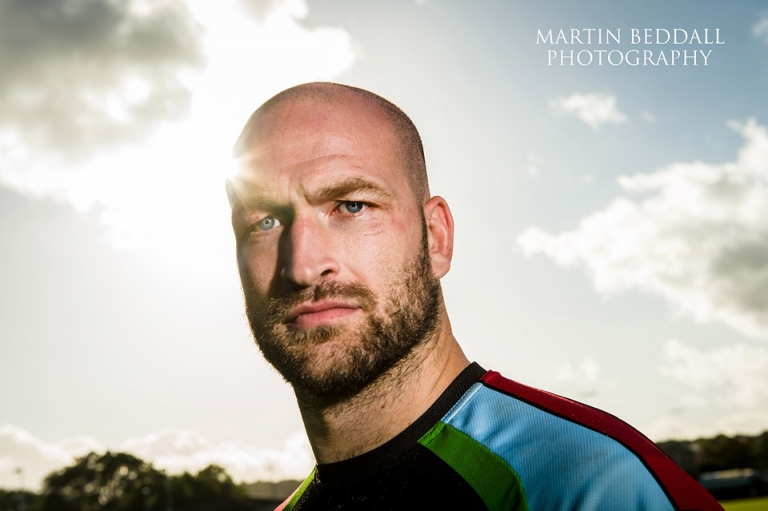 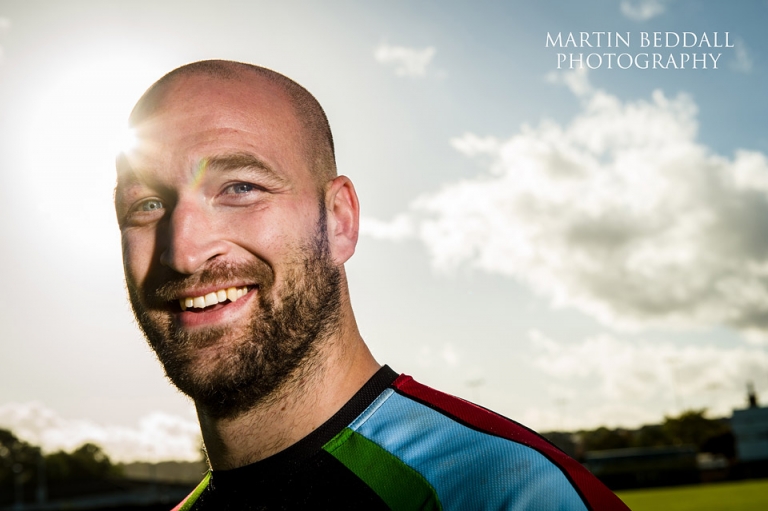