With my wife and eldest daughter dispatched on the early morning ferry to Caen, Saturday was a day to entertain the other kids in Portsmouth. The obvious spot was the town’s star attraction – no, not the Spinnaker tower, ( “How much to go up it??” ) – but Nelson’s shrine, HMS Victory. Visiting there only a couple of days after the Battle of Trafalgar’s anniversary ( 21st October 1805 ) – a date as easy as 1066 for me to remember, being born on that day….. a few years later. 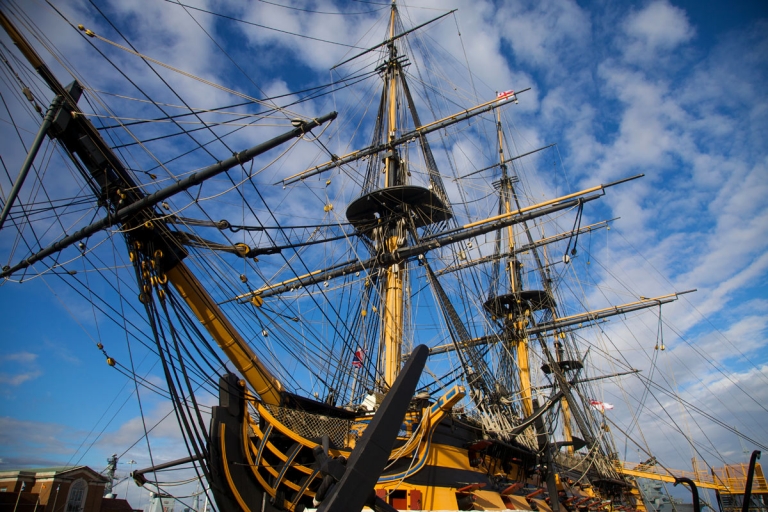 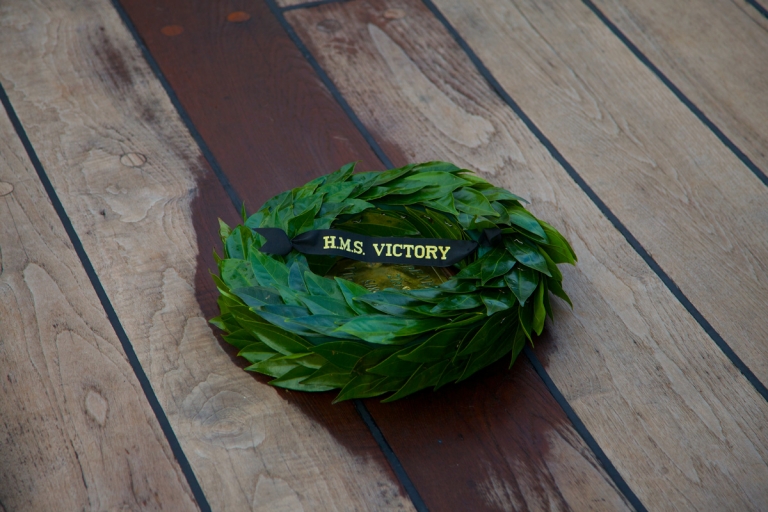 But it was other aspects of the day that seemed more poignant than the anniversary of such a crucial naval battle in Britain’s history. Berthed not far from HMS Victory, was the rather larger HMS Ark Royal – which only days before, the Government had announced was to be mothballed early. If HMS Victory is a symbol of the Royal’s Navy supremacy two hundred years ago – a wooden symbol that during WWII the Luftwaffe had made much play of having destroyed during a bombing raid over Portsmouth, knowing the effect on morale of such a result – then the Ark Royal’s presence seems to highlight the relative demise of the Navy. Combined with the announced death of the Harrier jump jet – we sat in a Harrier low level flight simulator after visiting Victory and watched films exhorting the Harrier elsewhere in the dockyard – it seemed like an extra history lesson. Only the week before these were current, now Harrier pilots were facing an uncertain future along with millions of others ( unless you were still pocketing your bonus for being too good to tax, as you may leave!?! ) This isn’t the shiny and new Navy berthed alongside HMS Victory but now another layer of naval history. Part of it’s ‘death by a thousand cuts’. Two expensive new aircraft carriers are to be built ( one with maybe a working life of three years as we can’t afford to run it after propping up the bankers ) and no aircraft, now the Harrier is off, to put on these carriers for a few years maybe – you couldn’t make it up. They always say someone is ‘ rolling in their grave ‘, well Horatio Nelson is furiously spinning in outrage in his as two successive governments mismanage the modern Navy.

As for HMS Victory, the six year old thought it ‘wasn’t very big’, the nine year old wondered if they could still use it when the Navy ran out of ships….